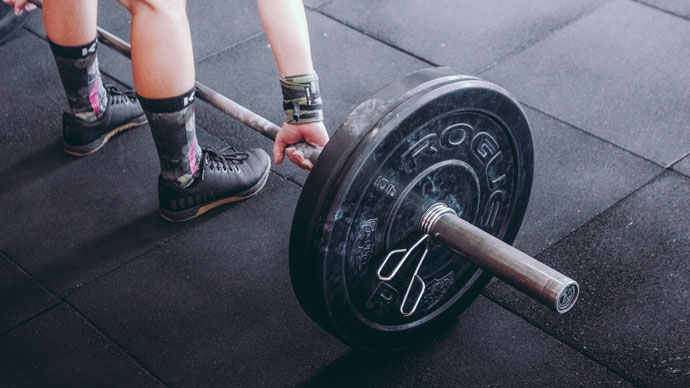 Men use those powerfully masculine words to describe the “ideal” male, which many Jackson men feel is expected as the norm in our fit-centric mountain town.

Masculine, as defined by Google, is “having qualities or appearance traditionally associated with men, especially strength and aggressiveness: muscular, well built, brawny, shredded.”

Yet many men struggle with worries about their appearance, trying to maintain or attain that “perfect” masculine body type.

Here’s what I heard from men in an anonymous survey I shared online last month:

“I have always been insecure with my body even when I was 25 years old and 7% body fat. I still felt fat and unattractive with my shirt off.”

“Age is starting to catch up with me even though I don’t want to admit it.”

“Hate it. Can’t lose weight no matter what I do. I’m on Weight Watchers for the second time.”

“In my late 30s, when I stopped competitive sports, I realized that all of a sudden I developed a gut.”

“I’m starting to get a double chin and my jeans are getting tighter around the waist.”

“I hate my love handles and feel like I have man boobs.”

“I need to lose weight in the mid-section.”

Let’s dig deeper into male body image anxieties and the harm they’re causing, why it’s not discussed, toxic masculinity and, finally, why we need to work together to redefine healthy for men as well as male body image.

“As is the case for women, men’s body dissatisfaction has been linked to health consequences, including excessive exercise, eating pathology, steroid use, depression and low self-esteem,” wrote Elliot Montgomery Sklar in his study “Body Image, Weight, and Self-Concept in Men.”

The men in my recent survey agree:

“My body dissatisfaction affects my emotional wellbeing. I feel self-conscious, even if I know nobody cares.”

“I exercise obsessively and have for 25-plus years and have had weird ‘diets.’”

Even though we rarely hear about male body image challenges, they are affecting men’s health. Furthermore, men have been taught that it’s not OK to talk about their bodies. Or, as one local guy said, “We’re not allowed to talk about our feelings about anything.”

Men feel that expressing themselves and being vulnerable is weakness, which is the opposite of the words used to define masculinity and an ideal male body image. That is part of toxic masculinity.

And when men do talk about their bodies it’s quickly brushed aside.

But that’s the extent of the body conversation for men. There’s no discussion of the real emotion they’re feeling, as fat is not a feeling.

According to researcher Sarah Grogan in her study “Body Image: Focus Groups with Boys and Men,” “Men linked being fat with ‘weakness of will,’” while being lean and muscular was associated with “feelings of confidence and power in social situations.”

And male body image isn’t just about muscle. It includes male anxieties about balding or receding hairlines, too much body hair and being considered short for a man.

“It shouldn’t be extraordinary for men to talk about their bodies,” Huffington Post reporter Tyler Kingkade wrote in the article “I’m a Man, and I’ve Spent My Life Ashamed of My Body.” “We shouldn’t need a goofy term like ‘dad bod’ to admit we aren’t in perfect shape.”

Though the ideal body type may be more commonly seen in athletic Jackson, many of our men, particularly as they grow older, find it increasingly difficult to attain or maintain. Just as life shifts and changes, so do bodies.

Becoming a husband and father, dealing with financial and career pressure, coping with injuries and other responsibilities may take up more time, making less available for exercise or recreating — the main “go-to” to be physically in “good” shape.

But health isn’t as simple as “eat this, not that, exercise more,” which is where most men focus. Health is multifaceted. It’s particularly important for our men and boys to embrace a broader definition of health beyond having a certain masculine aesthetic and to openly discuss how they feel, to include their mental and emotional health.

A healthy body image for all

Together we can redefine a healthy male body image because it’s important for all bodies to be radically accepted.

To do so, we must be mindful of the language we use to describe any body.

“It doesn’t somehow balance the scales for us to ridicule men for being short or tall or bald or too hairy or overweight or too scrawny or any other bullshit social stereotype of masculinity,” wrote Liz Pardue-Schultz in her article “All this body positivity is total BS if we’re still body-shaming men.

“Insulting a male body is just as problematic as belittling a female’s,” she wrote. “Mocking men who don’t fit some arbitrary assumed ideal of ‘perfection’ is not only insulting to both sides, it’s holding us back from escaping these superficial paradigms that keep us miserable with ourselves and each other.”

We’re in this together.

“I bare an incredible amount of respect and admiration for the movement women have created in the direction of love for all shapes and sizes, from plus-size models to the beauty of stretch marks, wrote Euan Findlay in the article “We Need to Talk About the Male Body.” “I want to ask, on this journey women are taking towards self-love, that you take us men with you.”

Men, you’re invited. You don’t need to be “fit, lean, ripped, strong” to be considered a healthy and worthy man.

And the men in my survey feel the same way.

Here’s what the advice they wanted to share with the younger generation about being a healthy male:

“Accept who you are. We all have different body types.”

“Moderation is probably best. Life is short, don’t deprive yourself, develop healthy habits but be reasonable.”

“Surround yourself with good people, good things, and … eat well and exercise.”

“Don’t sweat it. Have fun. Take care of your health, but don’t worry yourself sick over it.”

Let’s openly discuss and redefine healthy male body image. When we live and teach an elevated definition of health, no matter what our gender, all human bodies benefit. This is radical acceptance.

The effects of body dissatisfaction

“Men worry about their appearance more than they worry about their health, their family, their relationships or professional success,” according to a 2014 Today/AOL body image survey. “Only finances topped looks, with 59 percent of men worrying about money weekly.”

• 41 percent said they worry that people judge their appearance

(This article was published in the July 10, 2019 edition of the Jackson Hole News and Guide).