The Before and After of Hating Your Body 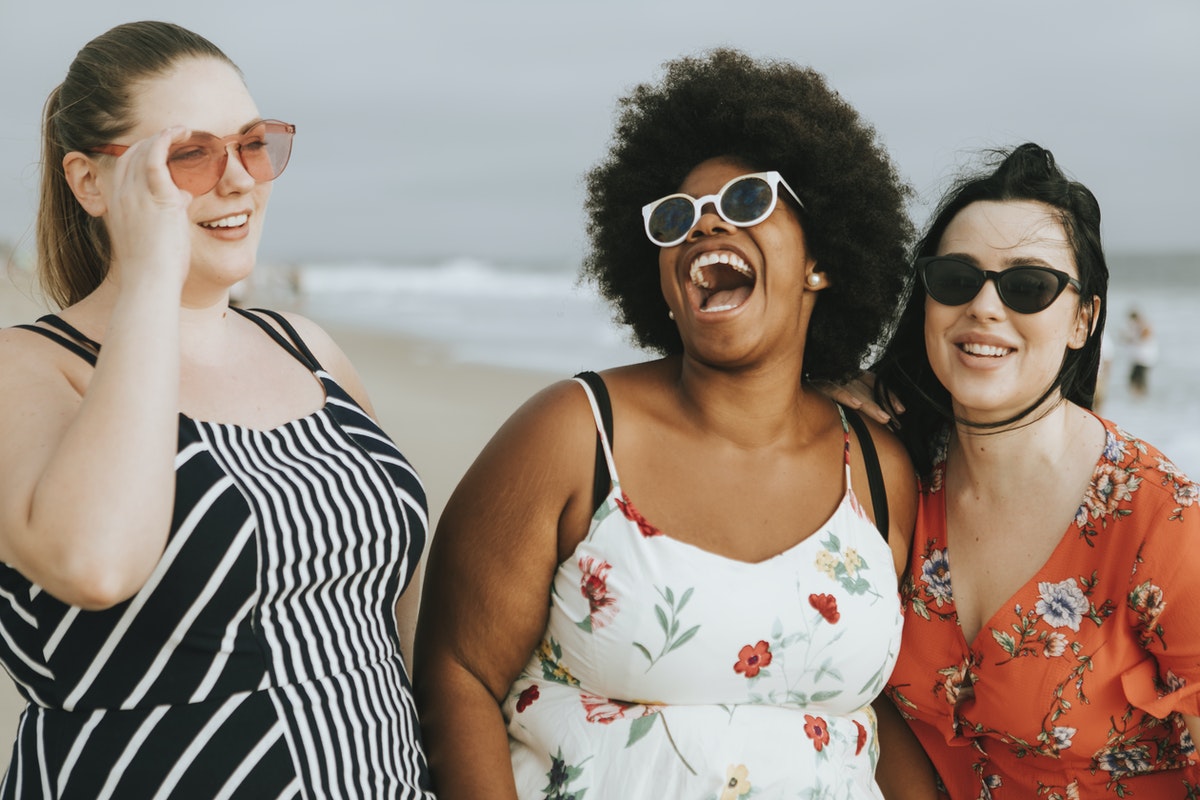 Taryn Brumfitt posted a before-and- after photo of herself on Facebook.

But with a twist.

Instead of the conventional “before” photo, where you’re sad and miserable and your body is viewed as “undesirable,” Brumfitt first posted her body-building competition photo, posing in a silver bikini and high heels.

Next she posted a photo of her natural woman’s body — relaxed, smiling, sitting sideways on a stool, nude — her body the shape it settled to when she was no longer trying to control it.

The after photo was her “liberated” body, when she let go of unrealistic body ideals, the belief that her appearance equaled her self-worth and that well-being has a certain look.

It started with her in tears slumped on her bathroom floor in despair. She felt exhausted, resentful, and hated her body after having her third child.

Stressed over “getting her body back” and feeling judged for “letting herself go,” Brumfitt set out to fix her “broken” body.

At first she considered cosmetic surgery. But she worried about the message that choice would send to her daughter and turned to fitness instead. She signed up for a body-building competition, and after months of intense training and restrictive eating she attained what culture considers the “perfect” body.

“I would go to the beach with my children to eat fish and chips, and I would pull out my Tupperware container of boiled chicken and vegetables — not much fun for a lover of food like me,” Brumfitt said in a Greatist.com article.

The “picture of health” on the outside, Brumfitt felt miserable inside. The amount of sacrifice, time and obsession wasn’t worth it. She realized that if she had to restrict, overexercise and punish herself to maintain that body type, her body wasn’t meant to be at that weight.

After listening to her competitors’ fears about gaining weight after the competition, Brumfitt was ready to take the stand for healthy body image that changed the course of her life.

The Facebook photos went viral, receiving 3.6 million clicks overnight, and she received over 7,000 emails from people all over the world sharing their stories of eating disorders and body image challenges.

Seeing she had the power to create a greater impact on our global body-hating epidemic, Brumfitt founded the Body Image Movement and produced “Embrace,” a social-change documentary film examining body image struggles.

You too can embrace

Maybe you’re one of the 91% of women dissatisfied with her body, seeking that elusive perfect “after” photo, beating yourself up over what you see in the mirror and every morsel of food you eat.

Culturally we’ve been conditioned to believe we can love our bodies only when they’re in “perfect” condition.

“Bodies are supposed to grow and change and carry the signs of our life on them,” Crabbe said.

It’s normal for a body to change through the natural stages of life: puberty, childbirth, menopause, (or “manopause” for the gentlemen) and a multitude of other reasons, including illness and injury.

“How can the signs of having lived be anything other than beautiful?” Crabbe said. “Our changing, growing, aging bodies are extraordinary, and we deserve to inhabit them without shame.”

You’re not going to just wake up one morning and love your body.

“It’s like a muscle that grows and it grows over time,” Brumfitt said in a BusinessChicks.com article, “and it’s something you’ve got to give a lot of love and a lot of energy to, but it’s so worth it.

“When it comes to health,” she said, “you can’t look after something that you don’t love.”

Embracing your body doesn’t mean you don’t care for your body. It’s not “letting yourself go.” It’s not promoting “obesity” or “mediocrity” in your health.

It advocates self-care, not self-control. But how do you tell the difference?

Are your behaviors driven by the feeling you “need” to or “should” control your body? Are they creating stress? Do your actions feel punitive?

Or do your behaviors feel nourishing, building, relaxing — true self-care?

What foods feel nourishing to you right now? Sometimes enjoying a slice of cake with your best friend nourishes you beyond the ingredients. What kind of movement feels good to you today? Maybe rest is more nourishing.

Self-care is subjective. It’s about what feels right and good for you, now.

For Brumfitt, some days self-care is yoga. Some days it’s deadlifting 240 pounds. Some days it’s playing with her kids at the beach, running marathons, writing or hiking.

Be part of the revolution

The Body Image Movement is a judgment-free zone.

The movement instead stands for: celebrating our bodies for all that they can do, have done and will do; body diversity in the media and advertising; acknowledging that aging is a privilege; and health at every size.

It’s not profit before people, excessive Photoshopping in the media, the notion that weight determines your health, the objectification of women.

You have a choice about how you spend your life. You can live at war with your body or you can embrace it.

“I have given up on my body.

“I’ve given up on my body becoming something that it was never supposed to be.

“I’ve given up on my body being a measure of my value as a human being.

“I’ve given up on my body being the reason why I don’t deserve happiness because I’ve always deserved it.

“And I’ve finally let myself go into the world without believing that fitting into a bulls–t cultural standard of beauty is all I have to offer.”

Here’s to letting ourselves go. I hope it feels damn good.

You can be caged or liberated. In 2015 I chose liberated, and I assure you, it feels damn good.