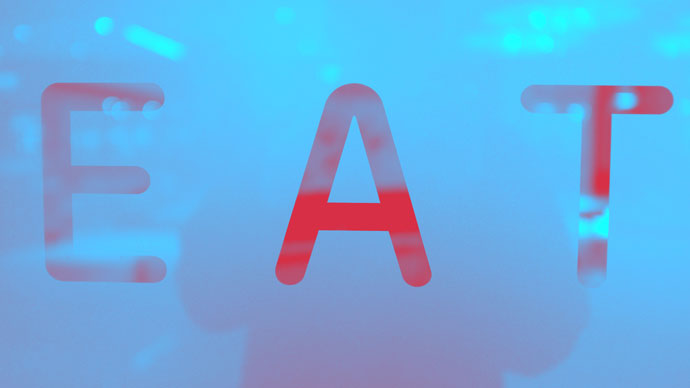 This is the season when holiday festivities — and “diet talk” — are in full swing.

“Just skip lunch so you can indulge tonight.”

“I’m bringing the gluten-free, dairy-free, refined-sugar-free cheesecake” … despite having no medical reason to and, if we’re honest, you really prefer the real thing.

And the most common diet talk: “Oh, screw it, I’m going to eat whatever I want. I’ve already lost control over my holiday eating. I’ll just ‘be good’ on Whole 30, Paleo, Keto (whatever) beginning next week.”

The language we use transitions from indulging in December to restricting in January.

Even though we’ve heard that diets don’t work, we continue to pursue them year after year.

Why? Because diets do “work,” just not long term.

We continue to be enticed by diet culture promises because most of us do lose weight, experience health improvements and feel better on a diet, albeit, more often than not, temporarily.

“It is well established that dieters are able to lose weight in the short run, but tend to regain it back over time,” said Traci Mann, professor of psychology at the University of Minnesota and author of “Secrets from the Eating Lab.”

Thus, for many of us, dieting could be part of the “health epidemic problem” instead of the solution.

This “obsession with thinness is driving us crazy,” said Glenn Mackintosh, principle psychologist at Weight Management Psychology. “And the only tangible result most of us see from endlessly battling our bodies is the number on the scales rising over time. Even the few who achieve the ‘ideal’ aren’t immune to the madness and live in fear of weight gain.”

And don’t be fooled into thinking your next food plan or “watching what you eat” in the name of health isn’t just a diet in disguise. To diet, according to the Oxford Dictionary, is to “restrict oneself to small amounts or special kinds of food in order to lose weight.”

As we start a new decade, give yourself a long-lasting gift: a way out of diet culture and its defining, controlling characteristics of willpower and restriction. Reliance on these strategies is why diets don’t really work.

Willpower is not the problem

Do you rely on willpower to be “good” and avoid the refined sugar dessert but end up sneaking back into the kitchen for a slice?

Do you opt for a “healthified” version of dessert but find yourself full but still dissatisfied?

Or do you white-knuckle it to avoid carbohydrates all day and then crave them and feel out of control to the point where you overeat them at night?

Resisting your favorite foods lasts only so long. Why?

First, it’s not because you are a willpower weakling.

We don’t have an endless supply of willpower, defined as restraint or self-control. It’s limited. We start with a full tank of willpower in the morning and then use it up throughout the day making decisions and choices. Notice when we usually give in: later in the afternoon and evening, or on the weekends after a week of being “good.”

And what are you using willpower for? To restrict “forbidden” foods.

It’s human nature to want something even more when we’re told we can’t have it, said Barbara J. Rolls, Guthrie chair of nutrition at Pennsylvania State University, in a2018 article in Shape magazine.

It feels like self-punishment. Restriction just says “No, you can’t have it, or just one.”

Perhaps you label yourself “addicted” to sugar but wonder why the plate of holiday cookies on the kitchen counter just isn’t a big deal for your husband?

He eats some. And moves on. It seems unfair.

Little evidence is found to support sugar addiction in humans, researchers Westwater, Fletcher and Ziauddeen’s found in their study “Sugar Addiction: The State of the Science.”It appears that the bingeing, the addictive-like behavior, occurred due to intermittent access to sugar.

Still not convinced that restriction isn’t the way to wellness?

Let’s look at the Minnesota Starvation Experiment of 1945, a study of the physical and psychological effects of prolonged semi starvation on healthy men and how to rehabilitate them.

Conducted by the Laboratory of Physiological Hygiene at the University of Minnesota, the study illuminated the problem with restrictive eating.

Researchers selected 36 men who were deemed in good physical and mental health for a nearly yearlong study that was broken into four parts. The first three months the men were fed a normal diet of 3,200 calories, and the next six months they were fed a semi starvation diet of 1,570 calories; During the next three months, the rehabilitation phase, the men were fed between 2,000 and 3,200 calories, and in the last eight weeks they were given unrestricted access to food.

What did the researchers learn by measuring the physiological and psychological changes?

They fantasized about food and read cookbooks and looked up recipes. Their lives became food-centered. They reported feeling depressed, fatigued, irritable and apathetic on a 1,500-calorie diet. A few men sneaked food and were removed from the study … because they failed.

It’s how we feel and act after a few weeks on a diet, yet we still engage in restrictive eating 75 years later.

Upon Googling 1,500 calorie diets, I found a list of current nutritionist-designed programs touting the benefit of such a program, though we know that semi-starvation — the class which this was labeled in the study — doesn’t work.

Food deprivation, no matter how diet culture labels it, is distressing. Period.

So when your friends, family members and social media influencers engage in diet talk, trying to convince you to jump on the latest “healthy eating plan,” my No. 1 tip is: Don’t.

If no diet, then what?

In the second part of this two-part topic, Tanya Mark offers ideas for readers interested in becoming a diet dropout — but are unsure what to do next.

(This article was first published in the Jackson Hole News and Guide, December 31, 2019 addition).