Let's not cave in to the pressures of diet industry 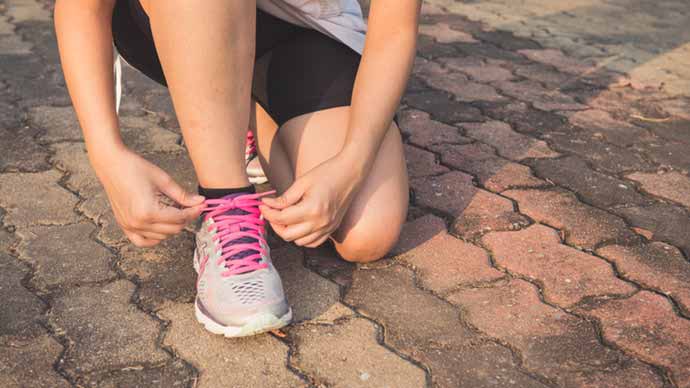 Thin is “ideal,” and more body fat and weight gain are always “bad.”

Everybody agrees those statements are true. But are they?

Author and registered dietitian Christy Harrison dispels those myths in her book “Anti-Diet” and shares extensive research on the roots of diet culture to show us how we got to today — biased against fat. Spoiler-alert: It was not about health.

For much of human history, higher weights were associated with robust health and beauty, and thinness was equated with poverty, illness and death.

It wasn’t until the 19th century that fatness was observed as a trait often seen in “savage” people, making higher weight a negative attribute. Women were also believed to be at greater “risk” of fatness, a sign of evolutionary “inferiority.” Thus, anti-fatness beliefs were born that had nothing to do with health.

Regardless, the Victorian era brought a preference for hour-glass-shaped women, a visible sign that their husbands had the money to keep them well fed and away from work. Actress Lillian Russell, whose body mass index would have placed in her the “obese” category, was admired for this shape.

But that changed in 1890, when the preference for thin women emerged with the creation of the Gibson Girl, a pen-and-ink drawing, not even a real woman. She was young, white, wealthy, hourglass shaped, impossibly thin and a bit athletic to show that women can do things like tennis and croquet.

In the 1920s, ideals for women’s bodies trimmed further with Coco Chanel’s straight and slim flapper dresses. Women had to bind their breasts and restrict their food intake to fit into the dresses. This ushered in products like scales, laxatives and “reducing soaps” that claimed to wash away fat.

Next came the women’s suffrage movement, with opponents portraying suffragists as fat and “uncivilized” to dissuade women from joining. Early feminists played into anti-fatness by fighting back against this messaging by portraying women’s right’s activists as “civilized” and “evolved,” with images of thin, white women. Thus, slimness was related to civility and beauty.

All that changed in the early 1900s. From a strong cultural bias against fat came an insistence on weight loss advice. Some doctors were irritated with these requests, seeing them as problems of vanity, not health. But they found the overwhelming public demand difficult to refuse, and scales became common in doctors’ offices.

Doctors were further influenced by life and health insurance companies, which at the beginning of the 20th century began using the BMI, the height- to-weight ratio, to categorize people as “normal weight,” “overweight” and “underweight” to determine premiums.

While some preliminary data found “overweight” to be less healthy, a 2013 research study in the Journal of American Medical Association found “overweight” as the BMI group with the lowest mortality. Despite this flaw (and many others, including that BMI was never intended as a medical instrument), the BMI is still used to assess health.

Next came World War I and food shortages. Self-discipline with food was expected, and fatness was seen as a moral failure. This set the market for weight loss products ablaze: †he 1920s encouraged smoking and fasting for weight loss. The 1930s introduced diets and pills, gyms and weird gadgets like vibrating belts. The 1940s brought amphetamines for weight loss, while calisthenics and bariatric surgery emerged in the 1950s.

The 1960s brought more diet pills (despite doctors warning against them back in 1943), Overeaters Anonymous, Weight Watchers and Twiggy, the 16-year-old British model who set another impossible standard for the “ideal” woman. From 1970 through the 1990s the market for dieting grew rapidly and now included men, people of color and the elderly.

By June 1992 the narrative shifted when a National Institutes of Health panel of weight-science experts concluded that diets don’t work and that most people who’ve intentionally lost weight regain most or all of it within five years. And a 1995 Washington Post article titled “Losing the Weight Battle” reported that “a decade of dieting mania has actually made people fatter.”

Yet the diet industry flourished. In the mid-1990s the number of dieters skyrocketed, with 44% of women reporting they were trying to lose weight, though 37% of those women were in the “normal” range of BMI.

Then in 1998, approximately 29 million Americans became “overweight” overnight without gaining a single pound. The National Institutes of Health and the Centers for Disease Control and Prevention decided to lower the cutoff for “normal” weight BMI from 27.8 to 25 to follow World Health Organization guidelines. The WHO report was primarily written by the International Obesity Task Force, which was funded largely by two pharmaceutical companies that make weight-loss drugs, according to “Fat Politics” author J. Eric Oliver. Many “obesity” experts had ties to drug and weight loss companies, including the chair of the NIH panel, Xavier Pi-Sunyer, reports Oliver.

Weight loss became massively profitable, and still is. The U.S. weight loss industry reached a record $78 billion in 2019, according to BusinessWire.com.

So you might be thinking, “All this history is enlightening Tanya, but why does it matter?”

Because despite what we’ve learned we’re still stuck in our “thinner is better” beliefs. Because our daughters are searching “healthy eating” on TikTok and following how-to guides to disordered eating to fit the “ideal” body size.

Because you can shop at TJ Maxx today and still buy ridiculous vibrating belts promising to “melt away your fat.” Because we still seek diets like Noom, a “mobile weight-loss company” with revenues over $400 million dollars in 2020. Because we still equate our self-worth, health and beauty to our body size. Sigh. And because we can learn from history and change.

Insanity is doing the same things over and over again expecting different results, Albert Einstein said. It’s time to stop this madness and radically shift from weight to a whole person-centered approach to health and well-being. Be a rebel.

♡ Ready to transform your relationship to food and your body? Get started!

This article was originally published in the Jackson Hole News and Guide.